In the wake of Ren Amamiya's apparent suicide, the other members of the Phantom Thieves are heartbroken and without purpose. As Sae Niijima rushes over to Cafe Leblanc, she brings the team a shocking revelation that spurs them to pull off one more spectacular heist. The hardened warriors of the metaverse make one last attempt to prove to the world that they fight for justice, and to bring down their teammate turned traitor, Gorou Akechi. Watch them closely, or they might just steal your heart. [Written by MAL Rewrite] 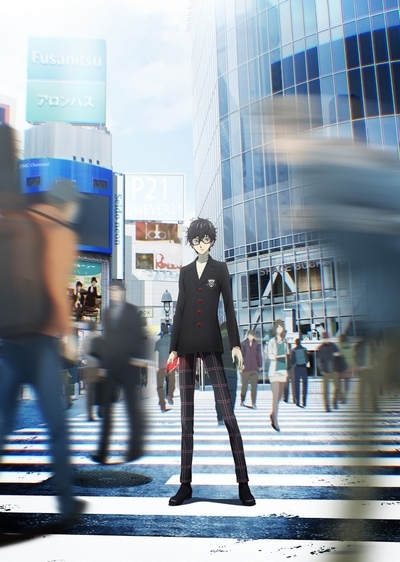 Ren Amamiya, a new transfer student at Shujin Academy, is sent to Tokyo to live with his family friend Sojiro Sakura after wrongly being put on probation for defending a woman from sexual assault. While on the way to attend his first day at his new school, Ren notices a strange app has appeared on his phone, transferring him to a world known as the Metaverse, which contains people's "shadows": distorted depictions of their true selves. In the Metaverse, he awakens his Persona, a power from deep within that gives him the strength to fight the shadows. With the help of similarly troubled students, he forms the Phantom Thieves of Hearts, attempting to save people from their sinful desires by "taking their heart," making evildoers regret their actions and turn over a new leaf. The group's reputation continues to grow explosively, bringing along fame both positive and negative. However, during the peak of their popularity, Ren gets captured and taken into custody. Here, he wakes up to a harsh interrogation, but this is cut short by the arrival of Sae Niijima—a prosecutor seeking answers. Just how will she react to his story, and what will become of the Phantom Thieves? [Written by MAL Rewrite]