Vampires are said to have many weaknesses such as garlic, crosses, and sunlight. Game-loving vampire lord Draluc just so happens to be weak to... everything. He dies, turning into a pile of ash, at the slightest shock. After Vampire Hunter Ronaldo learned of a castle inhabited by a vampire rumoured to have kidnapped a kid, he went there intending to take the devil down. However, the vampire turned out to be Draluc, a wimp who keeps turning into ash at the smallest things. Moreover, the kid wasn't being held captive—he was just using the haunted house as his personal playground! When his castle is destroyed, Draluc moves into Ronaldo's office, much to the other's chagrin. Despite their differences, they must try to work together to defend themselves from rogue vampires, Ronaldo's murderous editor, investigators, and more—with Draluc dying continuously along the way. (Source: MU, amended)

the, draluc, vampire, into, ronaldo, ash, kid, turning, just, vampires, castle, and, his, have

The Vampire dies in no time Reviews 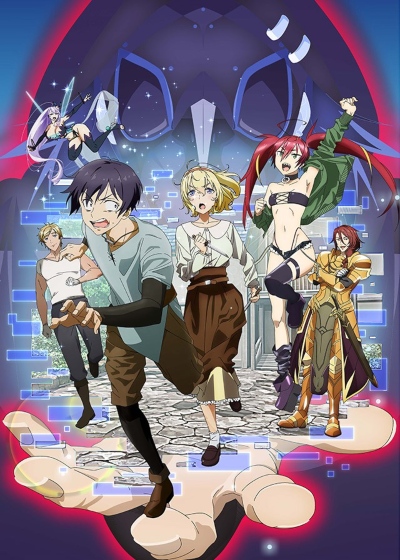 In an unexpected turn of events, dull high school student Hiro Yuuki obtains the full dive role-playing game Kiwame Quest. Created by the best of technology, the game claims to take reality to its extremes, from stunning graphics, NPCs' behavior, to the scent of vegetation, and even the sensation of wind brushing against the skin—everything was the result of an ultimate workmanship. Except, the game is a little too realistic and messy to clear. Kiwame Quest features over ten quadrillion flags and reflects the players' real-life physical abilities in the game. Being hit in the game also hurts in real life and slash wounds take days to heal. The only reward here is the sense of accomplishment. Conquer the most stressful game in history that can't be played casually! (Source: MAL News)