After the Earth was destroyed by mysterious alien lifeforms known as the Gauna, surviving remnants of the human race escaped to space in the enormous generation ship Sidonia. Having drifted through space for millennia, the Sidonia found itself once more under attack from Gauna for the first time in a century. Once again facing the threat of extinction, a temporary victory against the Gauna was eked out thanks to the human-Gauna hybrid Tsumugi Shiraui and ace Guardian mech pilot Nagate Tanikaze. 10 years later... The people of Sidonia enjoy a brief respite. Peaceful days pass, during which Tsumugi begins to realize her feelings for Nagate, who is now celebrated as a hero of Sidonia. However, as Captain Kobayashi has always known, as long as the Gauna remain, peace cannot last. The decision is made: a final battle, upon which rests the fate of humanity's last survivors. As the end approaches, will the crew be able to protect those they love? (Source: Polygon Pictures)

the, gauna, sidonia, for, space, human, which, tsumugi, known, nagate, was, last, once

Knights of Sidonia: Love Woven in the Stars Reviews 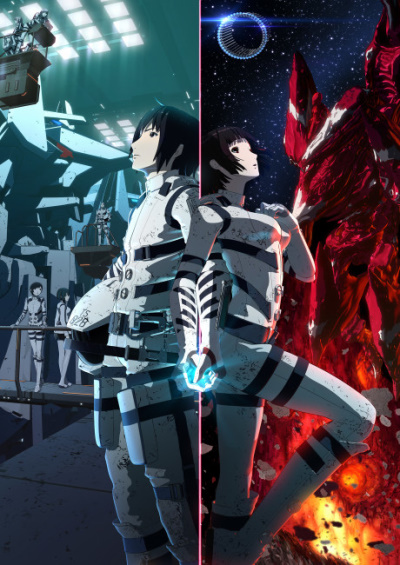 Knights of Sidonia: The Movie

The film is a compilation of all 12 episodes of the first season with new sequences and redone sound effects. It's been a thousand years since the Gauna, a strange alien race with no known method of communication, destroyed the solar system. A portion of humanity managed to escape using enormous "seed ships" like the Sidonia, which have allowed them to maintain the population while drifting through space. Nagate Tanikaze is a young man who has been raised deep in the bowels of the ship. When he goes into training to pilot the huge robotic weapons known as Gardes, Nagate is entrusted with piloting the legendary unit known as Tsugumori. Nagate and his fellow pilots put their lives on the line against the Gauna, in the ultimate battle for the survival of humanity! (Source: AniDB)

After the events of season one, the authorities of Sidonia plan to turn the tables and strike at the enemy's heart. Ace pilot Tanikaze Nagate and company must again put their lives on the line to protect Sidonia, but now in the company of an unexpected ally: a sentient Garde-Gauna hybrid. Source: ANN